Slot symbols have come a long way since they first appeared and what slot players may not be aware of is that they have a rich history too. This has become highly influenced by popular culture and entertainment. After all, gambling is a form of entertainment and the two industries are linked. And now, several sites offer free account signup to get a good feel from playing slots online.

The slot symbol journey began when a mechanic named Charles Fey invented the first-ever slot machine back in 1895. This early effort had three spinning reels that contained 5 symbols that included horseshoes, diamonds, spades, hearts and a Liberty Bell.

It was the inclusion of this symbol that influenced the name of this slot that was eventually given the title of Mills Liberty Bell. The bell was the highest valued symbol and getting three in a row produced the biggest win of 10 nickels.

In 1891 New Yorkers Sittman and Pitt developed a gambling machine that used 5 drums. This held a total of 50 card faces and is probably one of the earliest efforts to mimic the slots that we have today.

The Birth Of The Fruit Machine

In the early 1900s slots were officially banned as gambling tools but still existed in a form that allowed the public to win non-cash prizes such as bubble gum. In fact, this is how fruit machines came into existence as new fruit symbols were introduced to the reels. If you matched three symbols you would win sweets instead of cash. These machines were eventually called vending machines.

In 1907 a slot called Operator Bell that also focused on fruit symbols hit the market. It also proved highly popular and was introduced into saloons and barber’s shops. In 1910 The Mills Novelty Company released its own gum-dispensing machine but with a new Bar Symbol added to the reels.

When the gambling ban was eventually lifted this company was also credited with inventing the first jackpot concept on their machines.

The major technological breakthrough that changed the world of slots came with the first electrical slot machine that was called Money Honey. This was introduced to the public back in 1963. In 1976 the first video slot was invented, this was the first time the slot machine had moved away from its mechanical predecessors. This machine used a modified 19-inch Sony TV screen for the display. These slots were accompanied by new symbols such as Stars, Crowns, 777 and Gems.

The 1990’s saw the start of the digital revolution and the invention of the internet. This became available to the public and more and more homes accessed it on their computers. In 1996 two events changed gambling forever, one was the invention of online video slots and the other was the introduction of the first-ever online casino on the internet.

However, things were developing elsewhere in the gambling world and in the same year WMS Industries Inc, released a video slot called Reel Em. This was the first ever slot to feature a second screen bonus and it paved the way for a myriad of video slots with more sophisticated symbols.

Today, traditional symbols such as letters, fruits and bells still have a place in the slots industry and these symbols often make a come back in newly created retro slot games. But video slots have changed the landscape of the slot symbol beyond recognition. There are hundreds of new symbols added to the mix and many are from the world of entertainment.

Now characters from famous movies, TV shows and comics are also the stars of slots, these also tend to be the most valuable symbols and they now comfortably sit side by side with more traditional slot symbols. Films like Jurassic Park, TV shows like Game Of Thrones and Superhero slots like Batman Returns, illustrate this perfectly.

However, it’s not just popular culture that slot developers borrow from. Many animals have starred in slots such as Great Ape and it comes as no surprise to discover that the ape is the highest paying symbol. Other famous animal related slots include Fluffy Favourites, Mega Moolah, Buffalo Blitz and Raging Rhino.

Buffalo Blitz is an interesting slot additions to the animal themed games and not surprisingly, the Buffalo is the star of the show here. This Playtech powered game has 6 reels, 4 rows and 4,096 ways to win. It is set in the vast grasslands of North America where Buffalo roam free.

The Buffalo is the symbol to wish for here, as it is the highest paying, offering 300x your line stake if you manage to land 6 on the reels. The diamond symbol acts as a wild and this and the Free Games scatter symbols are next on the wish list. In fact, 6 scatter symbols on the reels will give you 100 free spins. If diamonds appear on the reels during the free games then they can multiply your winnings randomly by 2x, 3x and 5x. It’s a high variance game but the wilds and Buffalo together in the free games can lead to huge wins.

The Best Of The Rest

Book Of Dead is one of the most popular book-themed games ever. Landing 3 or more books on the 5 reels triggers the bonus round. Here a symbol is chosen at random and expands to fill the reels during the 10 free spins bonus round. The most valuable symbol is Rich Wilde the explorer. If he is chosen during the free games and all reels are filled by this symbol then you win 5000x your stake. Landing 5 books in a row or five Rich Wilde symbols during the base game pay out 500x your stake.

Another Egyptian themed game is Cleopatra from IGT this game is famous for paying out 10,000 times your stake if you land 5 Cleopatra symbols in a row on the reels. Other symbols to look out for are the Sphinx, 3 or more triggers the bonus round with 15 free spins and all wins come with a 3x multiplier. 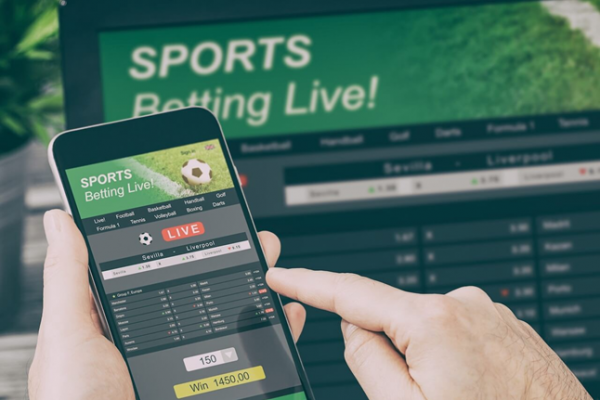 An Overview of iPhone Sports Betting

How to Trademark a name

Everybody should know how to trademark a name before starting any business or company. According to the United States, patent...