While Meta may want us to do everything in VR, from business-related meetings to working out, we frequently overlook the fact that playing video games is a legitimate use of this kind of technology. So, in order to launch a slate of new games on its Quest 2 VR headset this year, Meta is investing in some big-name IP, which the firm announced on April 20 at the Meta Quest Gaming Showcase 2022, which is the event focused on video games for virtual reality, hosted by Meta for the second year.- Meta Quest Gaming Showcase

Some of these titles, such as the highly anticipated Among Us VR, have already been teased. However, Meta guaranteed that every game displayed in the event’s webcast will be available on the Quest Store by the end of 2022; they did add a caveat that games may slip owing to the very real hurdles of development, but we’ll take their word for it.

To stress the popularity of Among Us, we’ll remind you that the politician Alexandra Ocasio-Cortez aired the multiplayer game alongside Twitch personalities like Pokimane, HasanAbi, and DrLupo to encourage fans to vote during the early days of the pandemic.

Meta announced in December that a VR version of the game will be coming to the Quest 2, and now that it’s shown off in the demo for the Showcase, we know it’ll be available by the end of the year. InnerSloth, Robot Teddy, and Schell Games are working on an immersive version of the famous game.

Mark Zuckerberg himself appeared on the YouTube live stream to announce that Ghostbusters is coming to virtual reality. You’ll be working out of the Ghostbusters’ San Francisco headquarters to solve a mystery while, well, you know, hunting ghosts in the next game.

A multiplayer feature will be included in the game, allowing you to play with up to three buddies.

To begin with, we’re baffled by the Beat Saber hype, especially since Supernatural is out there. To each his or her own, however. And we’re sure if you like deadmau5, Pendulum, Marshmello, and other EDM acts, you’re looking forward to the release of Beat Saber: Electronic Mixtape.

Beat Saber has released an OST5 and a Fall Out Boy song bundle so far this year.

In VR, sports are entertaining. No, we’re not trying to attend work meetings in virtual reality. But we’d like to believe we’re NFL quarterbacks in order to beat Tom Brady.

NFL PRO ERA is the first fully-licensed NFL game to employ VR. It was unveiled by the football duo Andrew Hawkins – Troy Jones (former NFL wide receiver and his former collegiate quarterback) who founded a VR company StatusPro. In the game, you’ll take on the role of an NFL quarterback and play for your preferred club for a season. The game will replicate NFL stadiums, and you’ll be able to play catch with your pals in whatever stadium you like in multiplayer mode that lies in the core of every popular sports video game: FIFA, NBA, Rocket League (very popular for betting on Jeton betting sites that have an eSports section), etc. Hopefully, this means you’ll be able to play games with (or against) your buddies.

We’re not sure how much VR gamers and NUMTOTs overlap, but anyone who enjoys nerding out about urban planning and public transportation will undoubtedly enjoy Cities: VR. The game from Fast Travel Games, allows you to create the city of your dreams and then experience it (virtually). Have you ever wished you could completely overhaul the MTA? In certain ways, this is your moment to step up.

Unlike some of the other games discussed in the article, Cities: VR has a release date: it will be available on April 28 in the Quest store.

Here are the rest of the games shown on April 20 that will be at this year’s Meta Quest:

When Will Albania Build The Next Gaming Industry Giant? 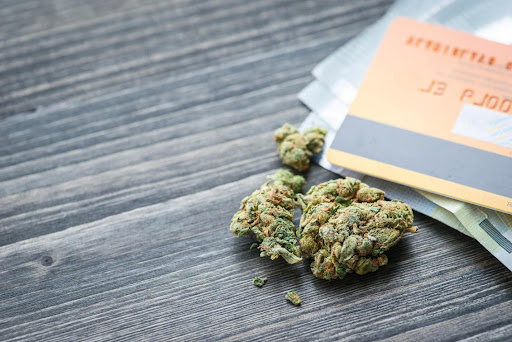 Beat Inflation in Toronto by Growing Your Own Cannabis