Who doesn’t love mysterious stories? I think the maximum of us like to read something with a hidden message. In this article, we are going to know about the strange book named The Secret: A Treasure Hunt! You will surely say after reading this review that I also want to go in a mission of The Secret Treasure Hunt.

We will elaborate on the details of this book here. We will discuss how this book is written, the secret history, inspiration of the book, and as it is a puzzle book, so we will know how to solve the book also.

The genre of this book

The secret treasure hunt is a book mixed with mystery. It is a fiction book for fiction readers.

Byron Preiss gave his full effort to make the book stand out. The book (The Secret Treasure Hunt) consists of 12 poems and 12 details paintings. Poems and Paintings are all about from north American cities. And Byron Preiss made him disguised. He often went out and go to some mysterious places, buried plexiglass boxes by ceramic casques.

The casque inside is full of jewel, valuable things, bragging rights.

One of the fantastic things is that the jewels within the box are worth more than ten thousand dollars. All the casques have unbelievable values. Saying that never a man and a woman own that.

The find and seek matter, The Secret Treasure Hunt:

The treasures are buried in various places, and you will have to find it. By the way, it is not as easy as it sounds. From the beginning, only 2 of 12 boxed have been discovered. The first box was found in Grant Park in Chicago in 1984 by a group of brilliant students. And the second was unearthed in 2004; it was recovered from Cleveland by two-member who are the members of the forum call Quest4Treasure forum.

You may also get one of them if you are a crazy fan of discovering something. Each can be found within the map of twelve full-color paintings and verses of the secret treasure hunt book. You will also be able to own a ten thousand dollars treasure.

By finding the treasures, you are not only learning the location of treasures, but also modern forms of hiding places of western people. Many are trying heart and soul to decode the book.

However, the secret treasure hunt of Byron Preiss was no popular like Masquerade. As Masquerade was published, first, people were eagerly interested. By the way, The clues of The Secret: A Treasure Hunt! Was harder to solve than Preiss imagined. There was no easy way to cheat. And interestingly, any metal detector cannot find out ceramic casque or keys.

A Mission from Expedition Unknown:

Expedition unknown host Mr. Josh Gates got thousand of messages that people are claiming they solved the secret treasure hunt. And this messaging chapter goes over a few years. By the way, one fan of the book claimed that he found a box. He just cut through the chatter with an image that made Josh Gates dumb. The picture was a broken corner of a ceramic clock-face. Josh Gates was the only person who has seen Byron Preiss’s puzzle boxes. And there is no confusion that this is one of the parts. After that, Josh Gates left everything behind and immediately fly half a world away to join the new investigation.

Josh Gates was very near to finding a new record of the puzzle that no one cracked this for nearly forty years.

How did they solve it?

The team behind the puzzle solution didn’t say much other than he believes he has located one of the mysterious hidden treasure.

The death of Byron Preiss

The mysterious writer Mr. Byron Preiss was killed in an auto accident. The occurrence was in the summer of 2005. By the way, the hunting for his treasure casques continues.

Some of the secret treasure hunt books in fiction

Finding buried treasures and reading this type of fiction book is one of the popular habits nowadays. It was popular those days also, and still, it continues the legacy. We watched lots of movies in the 80’s century on buried treasure. That not might be as difficult as it sounds in movies. Treasure hunter books give us thrills, perhaps danger, but sometimes it works out happily in the end. I remember my childhood annual treasure hunt competition. Below I am going to list some beautiful treasure hunt books and real-world treasure hunts.

There is a possibility you have heard about Captain Kidd before; maybe you do not know much about him. The short story is he was a government-appointed privateer. You can say, government-commissioned pirate. Captain Kidd used to attack only French ships.

The British are not able to recover yet what Kidd stole in 300 years. But treasure hunters are attempting to search for the rest of the loot. Cliffwood Beach is attractive to treasure hunters in New Jersey. The Treasure center between where Kidd’s rangers used to stand.

According to Cliffwood Beach, there are two familiar places for hiding. The first one is a small island called Money Island, but the island doesn’t exist today. Raritan Bay entirely eroded it.

Poe’s story inspired Treasure Island. It was one of the most famous treasure hunts that started when Stevenson draw an imaginary island complete with swamps, graves. He marked X in the spot where the “Bulk of Treasure” was buried. Stevenson imagines a tale of young Jim Hawkins. Jim Hawkins finds a map from a dead man’s chest and started the role of a cabin boy. The book “Treasure Island” full of vivid characters. Robert Louis ended his story with several sequels.

The Hunt for Atlantis: The Secret Treasure Hunt

Andy McDermott created history’s most durable and controversial piece. One of the prominent archaeologist Nina Wilde solved the riddle of its whereabouts- and she takes help from Kristian Frost. Kristian frost is the daughter of Nina Wilde. She was almost near to the most important discovery in centuries.

In the time of discovering Atlantis, including Nina’s own family, more than one has died. From time to time and in every corner of the world, Nina and Eddie will be racing against time and inevitably follow the trail of danger and death.

Michael Stadther had a software company. He sold his banking-software company and wrote the self-published A Treasure’s Trove. It was released in 2004. The story of the book is about an evil fairy who turns animals into the crystal as well as made Zac the woodcarver. Zac, who was fighting to free a dying forest. The book mentioned a leaf of 18-carat gold. Each of the pieces worth $1,000.

Treasure: In Search of the Golden Horse

There is one who sacrifices a lot for the secret treasure hunt. Writer and filmmaker Sheldon Renan made a puzzle book in 1984 inspired by Masquerade. He published in a book and direct-to-movie in both ways.

By solving the puzzle of the story can make a person owner worth $500,000 in a deposit box locked with a hidden key in the horse. Hunters can find a one-kilogram gold horse buried somewhere in the United States. But the deadline was over, and the prize donated to a charity. Later, Nick Boone and Anthony Casteneda dug up and got a congratulations message in Colorado.

The five on a Treasure Island by Enid Blyton

There are five siblings, Julian, Dick, Anne, and their cousin George. They look forward to Kirrin Bay to stay in a difficult situation. They were searching for a cargo of gold stashed on Kirrin Island. The island was full of thrill, a ruined castle, and a storm. They could feel the adventure of endurable by interfering with parents.

The uncle of the boys, Mr. Quentin. He was something like hot-tempered. Until the sudden occurrence of wealth transforms him into a cheerful, very caring father. Anne who initiate the plan to rescue George and Julian. This situation makes George’s family out of poverty.

The Tomb of Qin Shi Huang

We all know that Chinese history is rich in resources. Their scale of the tomb is crazy. The account I’m going to write here might be the most honest entry on the list. Hunter’s part is over, but there is more to discover still. Archaeologists were digging up the history to find out more mysterious things every day.

History was about 2,200 hundred years ago. It is a history of Qin Shi Huang. Qin Shi Huang declared himself the Chinese emperor and unified some different warring factions of China.

When he died, he was buried underground in a small city cavern filled with clay. You may see the terracotta soldiers, that channel loves to fantasize. You may also see the population of Huang’s tomb.  The main hurdle left for the excavation to deal with the report of mercury around Huang’s mausoleum. And if that would be a set-piece in a movie, people might dismiss it as ridiculous. And that is the fact that archaeologists were expecting to find out.

You may notice the Latin letters kind of cryptogram. Chinese general translated it and referred to a $300,000,000 transaction of some sort. If anyone wants to deciphered, they can show a claim for this deposit. You may also try once.

The Key to Extraordinary

Every member of Emma’s family is unique. She has a long list of ancestors, including Revolutionary War spies, brilliant scientists, and famous musicians too. Emma’s dream cannot come soon enough. Before Emma’s mother died, she took an oath that she will do whatever it takes to fulfill.  And she never wants to let her mother down. She always tried to do something that her parents and family members would feel proud of work.

But when the time has come, it moves her towards an impossible task. Emma fixed her mind that she must succeed. Otherwise, her legendary ancestors’ reputation will be down. And as you know that she did not want to let her mother down too.

But the question is, how can she find that unknown treasure that might be hidden for centuries, or a ghost might protect it!

Finally, I’ll tell you some benefits of the secret treasure hunt.

Treasure is one kind of entertainment for the children. Some schools arranged programs like the secret treasure hunt. Below I will list some of the benefits of a treasure hunt. 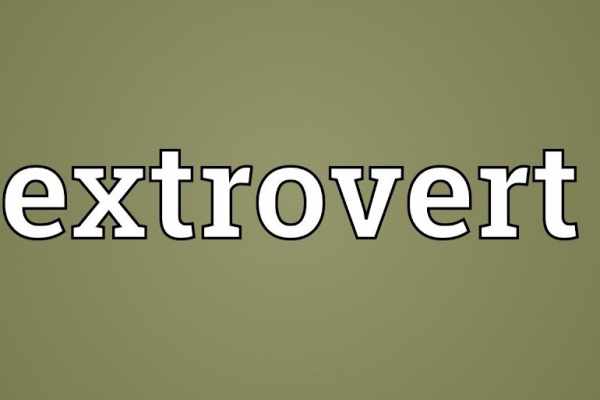 Extrovert Meaning In Tamil – Are You An Extrovert?

Prosperous Meaning In Telugu – That They Think About It