The embedded multimedia card is also known as eMMC is flash-based storage that happens to be slower than solid state drives. These get frequently used in smartphones, consumer electronic devices, and personal computers. Performance and speed-wise, the eMMC hard drive could just be beating the hard disk drives but not as good as solid state drive.

Many people who find it challenging to afford high-end and expensive laptops or tablets and other devices can go for the budget devices that run on eMMC. It is excellent for people who have lesser storage needs and use it for surfing the internet. If you are interested in games and store a whole of files and folders with a lot of data, then this not the storage device that you must seek and avoid buying. But if you can depend on the cloud storage for some of your needs and just need this laptop for other functions, it would only be right for your pocket.

The eMMC get used in the PC segment

The best part of fitting in an eMMC in your computer, you will find them extremely power efficient when they are soldered onto your motherboards and make no noise.

The multimedia card is the precursor to the now the embedded version has taken over. The NAND flash memory get used in eMMc is composed of which get usually found in

At present, eMMC is delivering sufficient transfer speeds of 400MB/s and good  v5.1A in storage. The eMMc has fewer memory gates, which can affect the device’s performance. Unlike SSD, which has equal speed on all the gates. But eMMC has only a couple of gates, so there is a change in the performance of the device.

Since the storage level of eMMC isn’t that great, you might end up paying for the cloud storage fees to fit the bulk of the data. Opting for a cheaper and smaller eMMC isn’t a bad idea if you want to stick lower cost, and not much storage is required. But if you happen to work with a large number of files, then it wouldn’t be a good idea for taking on an eMMC hard drive storage.

eMMC is great for

There are good quality eMMc hard drive doing the rounds with the latest technology backing them. If you ever want to get them for your device or the devices that have, make sure that you go through the ratings and reviews and make your choice.

See also  What are the best Wi-Fi range extenders?

The kinds of multimedia cards

If you must know that eMMC has a lot in common with SD cards, though they may be no match for SSD. The MMC first came into being they were used as a supplant in the new devices of the time. They had slower interfaces. But the embedded version of MMC took a stride further and still being used in low-cost versions of PCs in the market. It cannot get categorized in the sophisticated internal drives that are prevalent now and be par with the features they provide to the device. The MMC has variants

The controller in the eMMC hard drive helped it to be bootable and definitely used as a system drive and make the device cheaper because of this feature.

What an eMMc doesn’t contain

They get used in electronic devices

When you buy such devices, they come with precise specifications. If you are bothered on

the eMMc storage drive is the right thing for you. It works great for devices like digital cameras wherein you wouldn’t have to bother about huge storing facilities or complexity as well. When you buy cheap laptops or tablets which have eMMC hard drive. You will know that it would have its limitations as well. Not all eMMC drives are equal, and the speed varies in the kinds that you buy. But all of them put together are slower than the SSD drives.

Some devices working with eMMC are faster than others. And as advancement in eMMC technology has further boosted the way these drives function, you may get a better eMMC hard drive after all.

Is it possible to replace an eMMC drive?

If you feel that your device, which was working on eMMC earlier, needs a boost, and you want to replace it with a better drive. It is not possible to pluck it out of your motherboard, as stated earlier it gets soldered onto the motherboard.

You will know that the flash memory, as well as the controller, are put on in a small grid array known as the IC package. Which seems embedded on the circuit boards, it is now part of the volatile memory system and doesn’t work like the user-removable card but becomes a permanent attachment on the motherboard. You would perhaps have to replace the entire motherboard, which would be a costly affair. If you try to fiddle by yourself to get it out, you end up damaging the other components as well.

What happens when we try to replace eMMC

If the user tries to heat the components from the underside, other chips also can get detached. Hence no chances of reworks have been successful in the past. Even the manufacturers scrap if the components don’t get adequately soldered on the board, which would leave you to the only option of swapping the motherboard with another emMC soldered on it.

You can conclude that the eMMC hard drive is not only user-replaceable, and no technician can upgrade it too. If it were a module and a separate board, there would have been chances of replacement. Or you could go in for an external hard drive.

Various portable devices thrive on the eMMC hard drive. Though eMMC may not be a popular choice for people with extensive storage needs. But suitable for those who want to work on budget laptops and tablets. There are times when you want to increase the internal memory storage capacity of the device, which has an eMMC drive; this can get done by inserting a memory card.

Consumer electronics still make use of eMMC, and portable devices have switched to SD cards. The advantage of having an eMMc hard drive is a big one for a cheap tablet or entry-level laptop. You could get a flash memory system at a low cost. Its built-in controller can work in

It is a great bootable device for a host interface when you don’t want to opt for expensive solid-state storage. eMMC contains

eMMC, flash storage that gets based on an MMC standard. Why many devices don’t have MCs on them

Why you may need to replace eMMC with SSD drive

You have learned that eMMC is cheaper, but it is not much use with the latest gadgets that come into the market. With so many apps and games that you want to play, the eMMC hard drive can’t cope up with the speed of the game, leading to laptop hanging or the time to download, which can frustrate the player to no end.

That’s when you feel you would want to switch over to the SSD drive. Which can quickly solve such complications, and you can continue playing with your game or download any large file without having to be disappointed about the read and write speed as well.

If you want to go with your eMMC, then you would have to resort to removing some of the applications or end up deleting some files to make some space for your other new stuff. It would be a task each time you want to put on something with more significant storage needs or play a cool new game.

Replacing can be a tough job, and you would need third party software to proceed in this direction. The idea of replacement comes from the fact that users with higher work demands. And the need for performance is extended period has to go and get an SSD drive for their laptop. You would need a MiniTool ShadowMaker.

But eMMC also counter this problem by the cost factor, the devices that get embedded with it come cheaper than the SSD, which tends to quite expensive, and you would have to shell out a lot more to get more storage and better performance speeds. If you have limited storage needs or use the cloud storage for your storage requirements, and want to save on the laptop or tablet expenditure, and affordable laptop with eMMC hard drive would do the trick for you.

You will feel that eMMC is at more affordable pricing than most drives, and it is of portable size, but performance won’t be as good as the SSD. It all depends on your budget if you can afford an SSD drive then it would be better to opt for it. But if you are in budget, eMMC hard drive is for you.

If you have low storage requirements and you use your device for surfing the internet or watching movies or shows, eMMC is quite capable of handling your needs.

The devices are cheaper because eMMC works like a system drive and does not have a complicated set up as other drives.

You cannot upgrade eMMC unless technically since it gets soldered to the motherboard. You would have to go for another device.

A lot of consumer electronic devices such as cellphones, digital cameras, cheap laptops, and tablets tend to use eMMC hard drives. 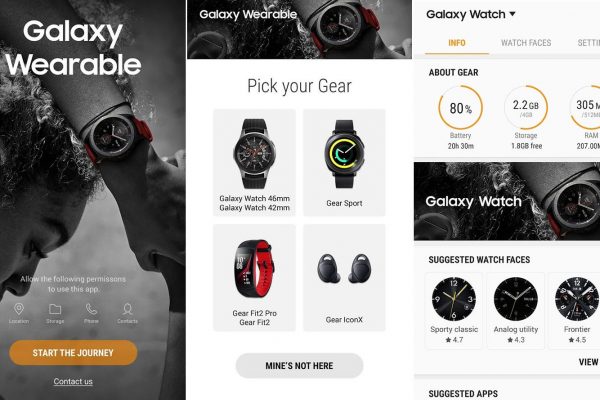 How to change google voice number