What Is Plex and Plex Media Server?

Plex is a service that provides software that can house remotely accessible media files on a computer. These media files can be accessed from anywhere through the internet. It makes a computer over the network, a server that can be accessed from anywhere. Plex server download provides such a system that makes one computer a server for others. It is used to access the stored files such as videos, pictures, and music from other devices.

Other devices such as mobiles, tablets, and other computers can access it from anywhere. They don’t have to worry about the storage of such media files using the Plex Media Server. Other connected devices can play or stream any video or music from the Plex Media Server. It can also be used to view pictures stored in the server system. The other devices, therefore, don’t have to carry massive files in their designs; they get remote access from anywhere.

A centrally managed system with easy access makes Plex service highly recommended software. Users can create vast libraries of their favorite music and stream it online, just like Spotify. Its easy sharing and easy access make it highly adaptable to customers’ needs. It needs a one-time process of setting up the system for a lifetime. The server needs a one-time configuration, and then it works perfectly from anywhere in the world. There is a step by step easy installation process of Plex Media Server, which is explained below.

After completing these steps, users are ready to initiate the download and start enjoying the remote access of media.

After ensuring settings, the Plex Server download is ready for download. Users can browse to Plex server download website and initiate the download of the Plex Media installer. It is available for almost all platforms, including Windows, Mac OS X, Linux, NAS devices. Scroll to the download page, select the required forum, and click on the download button. It will initiate the download of the installer of the Plex Media Server into the computer. For other devices, Plex App is available, which enables users to access the media server. Users can download the Plex player App also from the same downloads page. The server comes in browser-accessible Plex Web app, but other devices need the player app to access the files.

There are apps available for different platforms such as:

All these devices can access media files located at any server by installing the Plex media player app.

As the server is available for many platforms, so each forum has a different installation process to follow.  We will start with the Windows platform as it is the most widely used computer system software.

Each step should be followed the same to complete installation of Plex Media Server without structure:

OS X system process of installation is a little different from that of windows. It has the following steps to install it successfully.

Linux systems have multiple software; for each one, a different process is to be followed for the installation. After a successful installation, it can be updated regularly via the repository. For Ubuntu, the process is as follows:

For Fedora/CentOS operating systems, the procedure to download the file is the same as Ubuntu.

It has the following steps.

For NAS Devices Plex Media Server is Installed and enjoyed by accessing media files from far off places.

The appropriate procedure for downloading it and running it is as follows.

See also  How to use an Ethernet cable splitter

Before going in for configuration make your media files organized and named properly. The Setup Wizard helps you through step by step process of Plex Media Server Configuration. You need an account to sign in the Plex Media Server. If you have an account already made then sign in using it. If you don’t have a plex account, go to the Plex website sign up for an account.

You can choose an account type while signing up. It means you can either have free Plex service or the paid Plex account service for enjoying extra services. You can create an account on the website by entering email, username and other required things. Once an account is made and verified you can use this account to sign in the Plex Media Server.

One of the best features offered by Plex is free to access to free cloud service. The free cloud can be accessed over the internet to stream media files on the server. Each device connected with the server can access the media files that are stored in the cloud from anywhere.  Server Setup then needs some basic information from the users, input all the information accordingly.  Setup Wizard will ask you to give a name to the server.

The server name identifies your server when there is more than one server attached to the same network. A name is given to each server so whenever it is accessed the other device recognizes the server. For example, if you give a name to your server as Alex, it will be accessed as Movies (Alex Server). Any name is usable and if it is not named then automatically it is named of the network.

A checkbox is shown at the setup wizard which is at the option of users to either. It says allow me to access my media outside my home. This allows Plex to access your media when outside. This feature allows you to get access to your media files remotely. Other people using the Plex can also access media files outside the network. It is not a requirement but ticking this makes the Plex experience more robust. As discussed earlier organizing the media files in the operating system is necessary for smooth running. All media files should be categorized and named properly and placed in their respective folders. Plex Media Server to operate optimally requires media libraries to be created in the recognized file type.

There are following file types for recognition in the Plex system.

These file types are categorized and named in the said manner for recognition. The users can add libraries to each of these folders of their choice. These libraries when made become available on the Plex network. It is accessible from anywhere in the world if the Plex media is allowed on cloud network. Plex Server Setup is customizable and gives maximum customization according to the requirements of the users.

How to Add Library in Plex Server

Adding a library in Plex Media Server is easy. Tap the Add Library button, and then choose the Library type. Use the standard name or customize the library name according to you. Then click on the Next button.

Then click Add Folder, and then browse to the folder which you want to add. Click on Add once there and you can add multiple folders for the same library. You can set advanced options if you need more customization. Once all this process is completed then clicks on the Add Library button. It will promptly add a new library to the Plex database.

This library is then made available to be used from anywhere on the network. It will also be available over the internet if you gave permission to access media files outside the network also. This completes the Plex Server download setup and all the files are now available. The server is then ready to scan all the files in the media server and it may take time.

The server scans all the files on the libraries and uploads them to be used. Users can enjoy their favorite shows then once the scanning is complete. 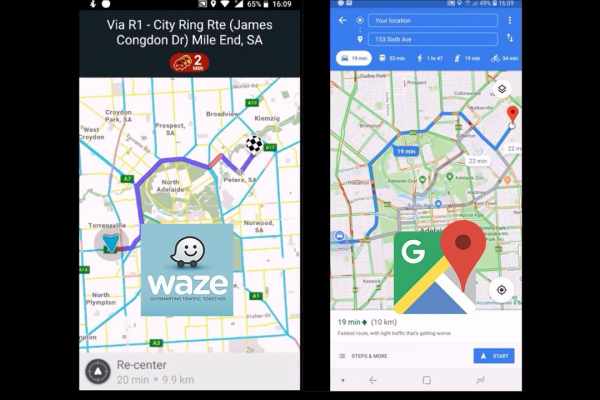