Android is an operating system by Google that is widely used in smartphones and other devices. There are so many reasons that make the operating system stand out from many different operating systems. Firstly, android version list is an open-source OS, which means anyone can get the main code and tweak the system to their preference. This is an excellent move by Google to make the Android an open-source system as people have the power to do their customization. Since the first release of the Android version, Google has continued releasing several versions with excellent features.

The first version on our Android version list is the Android Cupcake, which is the third release from Android. The operating system was released almost ten years ago, which is 27 April 2009. The version had excellent features when compared to the earlier version of Android that came out. The Android Cupcake had so many fantastic features that were deployed on the handset, which was amazing.

Some of the features of Android Cupcake that were awesome included; the support for an onscreen keyboard. This is not a thing right now, but the time that this version came out, it was like magic. Most phones before were using a hardware keyboard or physical one. The support of this feature was similar to the iPhone, and so many people loved the feature.  The other feature was video recording and uploading to YouTube. The user interface of the phone was more polished and faster in all other applications, which was great when comparing the older version. Android was already quicker, but this was double-fast and smooth

Some of the features include; the introduction of a new and powerful Android market. Here users could be able to access new games and apps easily. The gallery and the camera user interface did get a significant uplift. There was a new battery usage screen that let you find out why your battery did not last long. The other feature was the ability to use VPNs to connect to a network. Lastly, the other new feature was the new Wi-Fi security options that it supported. The Android Donut is the second OS in our Android version list, and its features were so epic.

Android Éclair is the fifth Android operating system in the Android version list. Google did release the version on October 26, 2009, and it did support version 2.0 and 2.1. The version did have excellent features compared to the previous installment in the series. There were several updated features in the series, which were excellent. Some of the features include; the support of the multi-touch devices. It was the first time up to three-finger could touch the screen at the same time. A secure way of managing multiple online accounts. The version supported soft keys, had an updated browser and searchable SMS and MMS message.

Some of the features include; the support for FM Radio, automatic app updates, and a new Linux Kernel. Android also features a color trackball, OpenGL improvements, and it did also support Flash 10.1. The other feature of the Android version is the JIT compiler, which ensured that the applications ran fast and also had a positive impact on battery life.

Firstly this version had a new on-screen keyboard, which was also faster. The user interface is also streamlined with new color schemes and various UI changes. The version also features a better application and power management, thus a better insight on what was going on. The other thing that I did like a lot is the SIP internet calling, which was great. Lastly, the other remarkable feature it had is download management to see all your downloads in one place.

The eighth installment in the Android version list is the Android Honeycomb, which was designed for more significant devices. The version was designed mainly for tablets, and it came out in the year 2014.

There were some features in Honeycomb that made it stand out, and some were improvements from the previous version. The features include the system bar, and the function of the system bar was to supply notifications, system information, and other navigation controls.

The other feature is the Action Bar that appears at the screen, this action bar customizes navigation and many other things. Apart from that, Honeycomb had a redesigned keyboard and support for multicore processors. There were also other improvements in security like storage encryption and support for a password that has sophisticated characters.

The ninth version in the Android version list is the Android Ice Cream Sandwich that came out in 2011. This was the version that was created to create a platform that unified both the smartphone and the tablets.

Therefore, the Android Ice Cream Sandwich was an improvement of the Android Honeycomb. Several features came along with this improvement, and they include; the multitasking ability, which was improved and better than that of the iOS. The version also featured a face unlock, which was so awesome.

In the year 2012, there was an addition of another version in the Android version list, which is the Android Jelly Bean. This is the tenth version in the installment, and with it came excellent features that Android lovers enjoyed. Firstly was the upgraded keyboard input, which made texting easy. Apart from typing, the version supported local and native languages, which meant you could type in the language of your choice.

There was a bonus feature, which was a new camera user interface that was better compared to earlier versions. The location accuracy was right, and it did work on Wi-Fi only. This version also added restricted profiles, which was great to enhance the experience. There was a Bluetooth smart ready for wearable tech and notification access. There were other excellent features that I have not mentioned above, but all made this version so great.

See also  What is System Software?' Things you need to know about this

In the year 2013, there was another version in the Android version list, and that is the Android KitKat. This was the eleventh version of the operating system, and it was designed to improve the performance of the OS.

This improved version of Android had excellent features to it that made it stand out. The features were built-in sensors, there was an upgrade on Google Now, and it also upgraded the Hangouts app. There was the inclusion of the immersive mode, which was so great, and the other is the integration of the cloud storage. The other thing that the Android KitKat had is the smart caller id. There was better memory management as it could run on as low as 512MB.

Lollipop is the 12th version in the Android version list that came out in the year 2014. There were a few changes and some improvements in the features. Some of the features were device protection, quick setting, dual sim support, and HD audio calls. Also, there was the inclusion of the priority mode and a temporary notification dismissal. All these are the new features that the Android Lollipop version had.

The 13th release of the Android version was the Android Marshmallow. Google did release this version in 2005, and the Nexus devices were the first few devices to have it. When the release came out, few features stood out, and people loved them for that. One featured the app permission thing, which was great. There was fingerprint support, automatic backup and restore, and other features. This was the version in the Android version list that many people liked a lot.

After the Marshmallow, the other version in the Android version list was the Android Nougat that came out in 2016. Android Nougat is the 14th installment version of the operating system, and it, too, had some excellent features. Some include the picture-in-picture, quick setting, automatic night mode, direct reply, bundled notification, and revamped notification. There was also a recent apps button, among other features, which were so great.

This was a more powerful version of Android that came out in 2017. The Oreo version is one of the best in the Android version list, and it too got some excellent features. Several ones were updated from the previous versions. Some of the features include; a redesigned power menu, good display, Pixel Visual Core, and notification dots. There are many features that were subtle but amazing.

This version is one of the latest in the Android version list, and it’s the 16th installment. Some features were improved security, slices, digital wellbeing, new gesture navigation, and a new screenshot shortcut. There were so many improvements in this version compared to the other installments.

The newest installment to the family of Android is Android 10, and this is the 17th installment in the Android version list. Some features include an improved gesture navigation system, Wi-Fi and QR codes, privacy settings and better notification controls, and a live caption. There are more features in this version, but not many phones still have the newer Android OS.

This article has highlighted the whole Android version list since the beginning and all its excellent features. The article will enable you to understand the journey of Android and some advantages of some Android versions.

Which is the latest Android version?

Android 10 is the latest version of the Android version list.

What is the total number of Android versions?

As of now, there are a total number of 15 Android version.

Do earlier version of Android exist?

Some of the earlier versions are no longer supported. 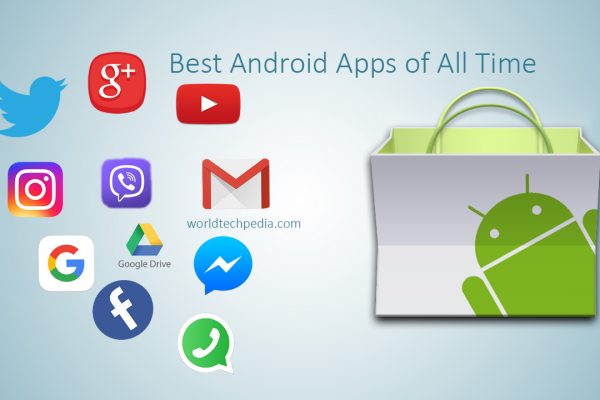