We highlighted all the emulator’s important features and ratings here. Let’s take a look at the whole article without delay.

The BlueStacks emulator is a versatile multifunctional solution. You get access to the Android OS interface and an unlimited number of applications, games, specially adapted for the virtual machine. The developers did their best – they created a good base.

runs any programs from Google Play, app downloaded from third-party sources without any problems. An application installer is provided especially for them. It is doubly pleasant that the Android emulator creates shortcuts for games in the PC user folder (see screenshots). You can transfer icons of Instagram and other frequently used services/games to your desktop and launch them like a regular Windows program in less than 10 seconds! BlueStacks tray consumes a minimum of resources.

Features of working in the BlueStacks program on a PC:

Functional Knox is distinguished by a minimalistic interface, the presence of a multi-mode (several devices), and just a huge number of various options that, in fact, are not very necessary for an ordinary user, but they will definitely come in handy someday. Ease of use, performance, and other parameters are at their best!

Also, the Nox App Player emulator has one very useful property – it connects to all PC equipment in order to implement the standard functions of a mobile device. For example, if your laptop has a camera. But the virtual tablet computer will perceive it as its own. No driver is needed. The program uses the system ones. Video recording from the screen also works well – owners of powerful PCs will be able to make plays directly in the emulator.

The MEmu emulator is a cross between the two programs described above. It helps you to launch games and applications very quickly and conveniently without the unnecessary installation hassle. “Having penetrated into the system”, MEmu exposes associations with installation files without asking. This means that a double click on any downloaded apk starts the installation procedure – this is very convenient and saves time.

MEmu is positioned as software for gamers, fully justifying its purpose. The program even has a built-in catalog of Android games (angry birds and others like them), but due to the origin and lack of localization (made in China), we do not recommend using it. You can always find tested apk on Softcatalog. Otherwise, the product is quite high-quality, although not without flaws that you can put up with.

Andy is not much different from the same MEmu. It is aimed at fans of mobile games but does not pull titles with high graphics performance (slows down) while having a convenient control function via a gamepad or a smartphone connected via a network. Also “virtual” constantly recommends that you download some applications from sponsors. Actually, “obsession” in attempts to make money on advertising, and prompted us to rate Andy a little lower than peers. Although a decent thing.

Genymotion is a Virtual Box based emulator. Its functions are limited to creating a virtual machine image. It is positioned as the best tool for professional application testing. If you look at the list of models, the operating system of which it can duplicate on your laptop, it is difficult to disagree with this.

Another software product for gamers, designed to add a little entertainment from the Android world to a personal computer, laptop with the Windows operating system (7-10). The program has a bright, but accessible and straightforward interface in English, it is finely tuned for games: you can even bind certain points on the virtual display to the keyboard buttons, the connection of a gamepad (smartphones and tablets, including) is supported.

Like most analogs, the Droid4X emulator is based on “Andryusha” 4.2.2. But it is distinguished by its high speed of work and good performance in games. For example, according to our colleagues, the virtual machine “pulls” even such demanding Android games with multiplayer. Also,  for example, the latest Asphalt – and this is not on the most powerful PC.

The relatively new GameLoop emulator is an entire gaming platform with the function of running handheld Android games on a PC. Previously, the program was called Tencent Gaming Buddy. But it was positioned as the official emulator for playing PUBG Mobile on a computer. So it is perfectly optimized for running this game on weak PCs. This according to the developers, it copes with PUBG better than other Android game emulators.

Among the advantages of the program. But it is worth noting the flexible setting of configurations and keyboard layouts. Then, the convenience of searching for content and new games, simple and regular updates to the latest versions. And a small amount of space on your PC. However, the program also has its drawbacks. The developers have provided the application with an old version of Android. But it is suitable for running not all Android applications on a PC. Other popular emulators on Windows and macOS run on newer builds of Android.

Another significant drawback is that this is not a full-featured game store like Steam. Also, uPlay, and an emulator that is not familiar to users. The product is quite specific and we would recommend trying it only for ardent PUBG fans. However, after the renaming of Tencent Game Buddy to GameLoop. And the developers promised to develop the product and almost turn it into the best Android emulator on the PC. So stay tuned. Perhaps the next update of the shell will make the program better. So, bring such important functions as a file manager. Also, creating macros, plugins, support for USB sticks. So, combining memory with a PC hard drive.

Fast emulator developed by a team from China. Its main advantage is its low system requirements. Surprisingly, the virtual machine thoroughly repeats the interface of the Android 4.4.2 KitKat device. But is based on the core of the Windows system!

As in other applications from our review. Moreover, there is a Play Market, a file manager. And other necessary additions. Its audience is ordinary application users and fans of not. So, particularly demanding games.

Remix OS Player is a good emulator from Chinese programmers for testing their Android games and applications on a computer. Excellent for running 3D games in the built-in memory of a virtual phone. And therefore it is popular among gamer.

Despite the fact that Remix is ​​based on Android. It has a modified standard interface, reminiscent of Windows or Mac OS. The main window of the emulator looks like a regular PC desktop. The controls are optimized for use with a mouse and keyboard.

Free software gives the necessary “chips” to all categories of users. Avid gamers will be able to play their favorite Clash of Clans. Then, Subway Surfers on their computer. But with convenient controls. Developers will enjoy an intuitive interface and normal. So, unlike android SDK studio, working conditions with open applications. 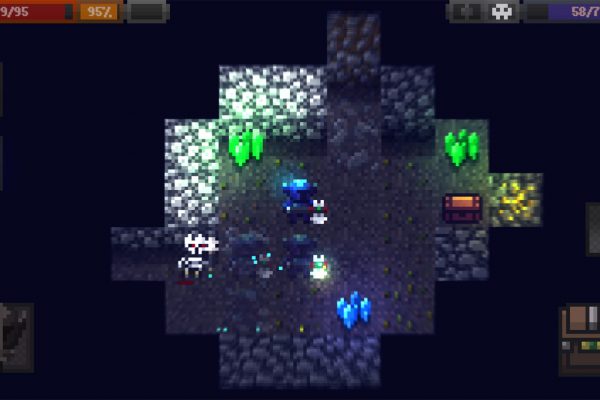